Some history of the vaults.

Steve mentioned to me that he had heard that there were huge vaults under the Leigh Woods abutment of Clifton suspension Bridge. I wasn’t sure of the veracity of his claim and so did what we always do, which is look it up on Google. I would also see if there was any chance of having a look.

He assured me that the story was correct. Ray Brown had been contracted to renew the paving of York Stone around the two towers on the bridge. He knew that the foundations for the Bristol side tower had been stepped to reduce the stone required as the bedrock was close to the surface. He started digging to prepare the ground and came across a couple of big timbers. He hoiked them out and found that they had been covering a chamber – or vault – about 1.5 metres high. Being a contractor and not directly employed by the bridge company, he decided it was safe to have a bit of a lark, so got hold of a demonstration skeleton and propped it up at the far end of the vaulted chamber. He then told the bridgemaster of his find. The bridgemaster was not amused. Ray admitted that it was just a joke and got on with his paving work.

When he had completed the Bristol side, he moved over to the Leigh Woods side and started the same job there. Again he found some timbers so he hoiked them out but this time he found a 2ft diameter vertical shaft. He reported this back to his good friend the bridgemaster and he arranged for a volunteer, Guy Barrett, to be lowered down the shaft to see what was there. They found near horizontal shafts peeling off the vertical shaft in two directions and at two levels. It was very difficult to squeeze around and enter these but they eventually managed it and found several huge vaults under the bridge towers. There were twelve separate chambers in total on three levels. It was then decided to drill a doorway into the side of the abutment to allow a full inspection of the vaults and to later allow guided public tours.

Until the discovery of the vaults in 2002, the abutment was thought to be solid, filled with rubble, rock debris and lime cement. How wrong can you be?

Steve and myself booked a tour on Tuesday 24th July 2018. This tour was led by Dave who is a retired structural civil engineer so he was well up to answering the questions from the group of ten of us. The first half of the tour was on the surface covering the long history of the on / and off building of the bridge. This was very interesting but we had really come to see the vaults. After an hour, we had finished the surface tour and so trooped up to the visitor centre to be kitted out with a hi vis waistcoat and a hard hat. We also had to sign a safety waiver saying that we accepted the risks involved and were fit enough to cope with climbing a vertical ladder and negotiating a narrow passage.

We then followed Dave down a gravel path that followed the slope of the gorge side to the new entrance door which had been cut out using boring tools and strengthened by rock bolts. We also had to negotiate our way down  a near vertical ladder some 3m high. Dave switched on the lights inside the vault and led us into vault No 4. It was very impressive. A high vaulted chamber constructed of local stone from the adjacent limestone quarries on the banks of the avon. The exposed external facing stone was dressed Devonian Sandstone that had been carried to the site from quarries on the Leigh Court estate. This was loaded into the redundant celestine dramway from the estate down to Miles dock. This had previously been used to load barges with celestine, strontium ore, for transport down river to Avonmouth for export to Germany for sugar processing. The stone was then loaded into barges for the short trip up river to the bridge site. The stone was then hauled up a dragway to its point of use.

The vault was cool compared to the outside and there was still some dripping from the roof in spite of the recent drought. The most impressive feature of the vaults was the plethora of pencil calcite stalactites hanging from the vault roof. They are up to 7 m long. There are, of course, the complementary dumpy stalagmites on the floor of the vaults.

After gazing our fill of vault 4, we crouched and shuffled through a short, low tunnel to vault 5. This was similar to the previous vault but a lot bigger and the 2ft shaft entries could be seen. After the necessary inspecting, understanding and picture taking it was time to retrace our steps back to the visitor centre to return our hi vis jackets and hard hats.

A very interesting and worthwhile tour. 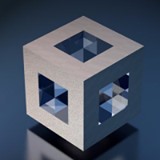